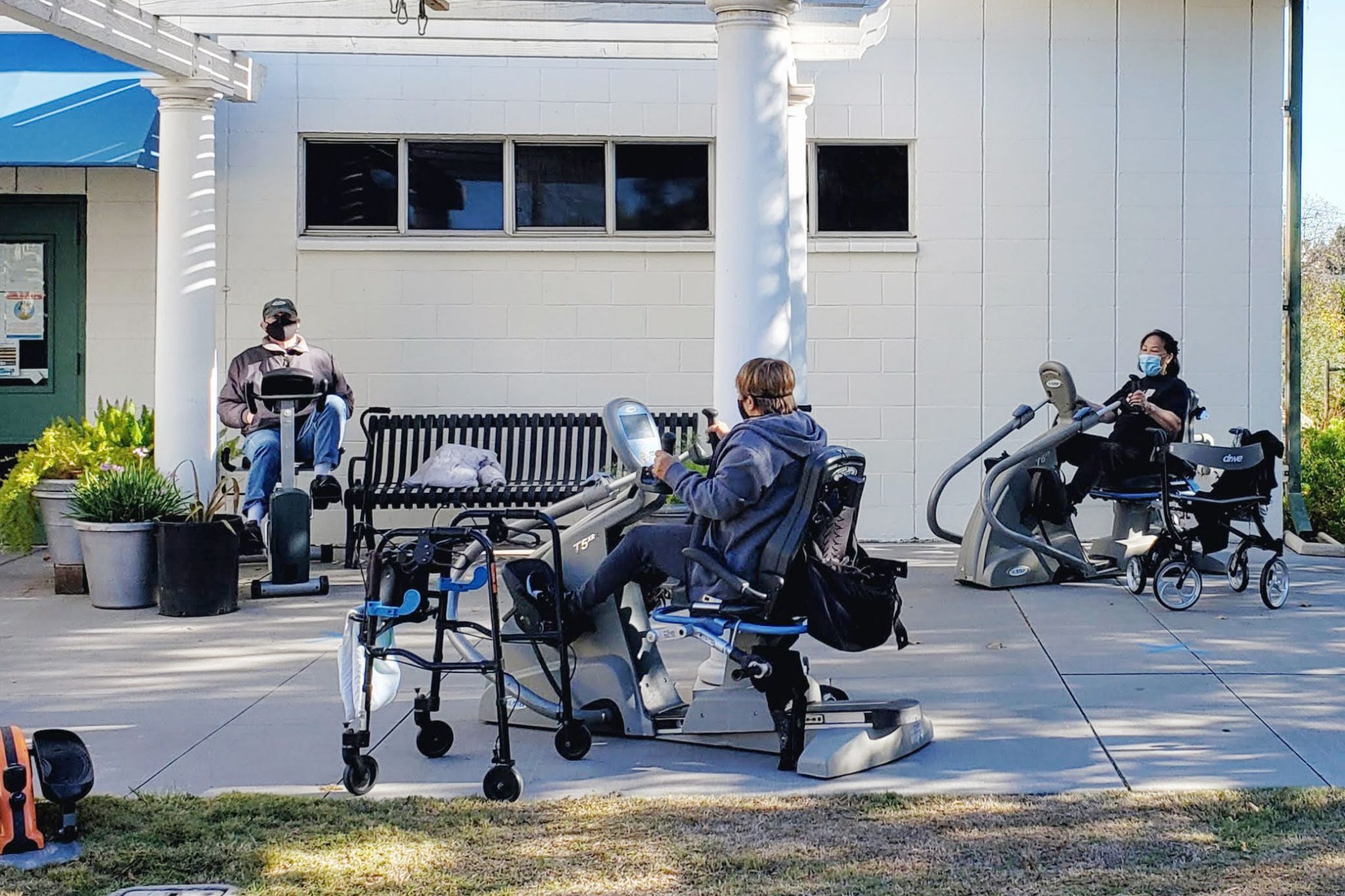 This story originally appeared in The East County Californian. Read it here in its original form.

The La Mesa Challenge Center, which treats elderly and disabled patients with physical therapy and assisted fitness services tracked statistics before and after physical shutdowns were imposed to limit the spread of COVID-19. That data illustrates how quickly a sedentary lifestyle takes its toll on mobility, as well as how much some seniors struggled with isolation during the peak of the pandemic.

Executive Director Tiffany Piquilloud said the facility was “at about 98%” with clients who maintained function throughout the year.

“For the typical Medicare population, about 18% of the population over the age of 65 loses some function every year. Our seniors, even with having some disabilities, were holding steady at 98% functionality before shutdowns,” Piquilloud said.

Senior mobility, she said, is measured through “instrumental activities of daily living” like eating, shopping, using a telephone, showering, getting dressed and other basic activities.

“Through the pandemic, about 68% lost some amount of those daily instrumental activities,” Piquilloud said.

Exercise classes at the facility also provide a social outlet that was suddenly cut short for many attendees who have become friends through the center, she said and many isolated regulars called just to say hello and have a conversation with a familiar person.

“One of the reasons seniors get depressed is through isolation due to immobility. The number one reason they end up in institutionalized care is an inability to take care of themselves. One thing that drives me crazy is the bars by the toilet so someone can use the bathroom on their own—  well that’s nice but they’re not going to tuck the bar under their arm to go to the neighbors house for dinner; they’re stuck, isolated,” Piquilloud said

Although she touts helping seniors become more mobile and independently functional rather than taking the easier route of making a home more functional, the pandemic created a perfect storm where many seniors were advised to do exactly what Piquilloud teaches them to avoid: physically distance at home.

Refinding mobility is not impossible she said, but “you have to have some intensity to it, you can’t just sit and wiggle” around in a chair.

“That’s why we’re the challenge center, not the easy center,” Piquilloud said, laughing.

To recoup loss, the facility bolstered their balance and conditioning class, a regular meetup Piquilloud describes as “not your mama’s balance class” using a $16,000 grant from the San Diego Seniors Community Foundation intended to keep isolated seniors connected through health and movement. They reduced class size and within a few weeks of shifting class outside, opened up a second session across the street from their facility near La Mesa’s Sunset Park.

“In every class, they spend time with trainers on balance disks, stacking cones, foam beams, all sorts of crazy stuff. They start out by looking at us like we’re nuts and within a few weeks they’re doing it. If you’re going to improve someone’s balance, you have to challenge them. Part of that is increasing confidence in mobility as well as mobility itself. When you lose confidence, you’re more likely to fall,” Piquilloud said.

As seniors begin to get immunized and return to a more active lifestyle, Piquilloud said, there is more risk for falls because “gravity isn’t going away” but many people lost some mobility over the last year.

“It was like an A-B-A research study. The majority of our seniors slid backwards during shutdowns but that same majority was able to bounce back,” Piquilloud said, proving sliding downhill “doesn’t have to be part of aging”.

The grant has paid dividends, she said, because the equipment they purchased for mobility work can be taken outdoors and used in a Falling Abatement class as well.

“We got to the point where we could start doing more things outdoors so now we’re teaching landing strategies to seniors, something they’ve been doing in the Netherlands for years. We’re taking a little bit from them and combining it with our conditioning classes; we’ve taken some of the strategies from ju-jitsu, redirecting forces. A fall might still create scrapes and bruises but they’ll avoid things like broken wrists and hips by turning falls into rolls and landing on squishy bits instead of heads and hips,” Piquilloud said.

Being able to set up classes outside with limited numbers and safe spacing between everyone has “turned things around” physically and mentally.

“That shutdown was hard, turning things around was a daunting task but it is completely possible to spiral up,” Piquilloud said.