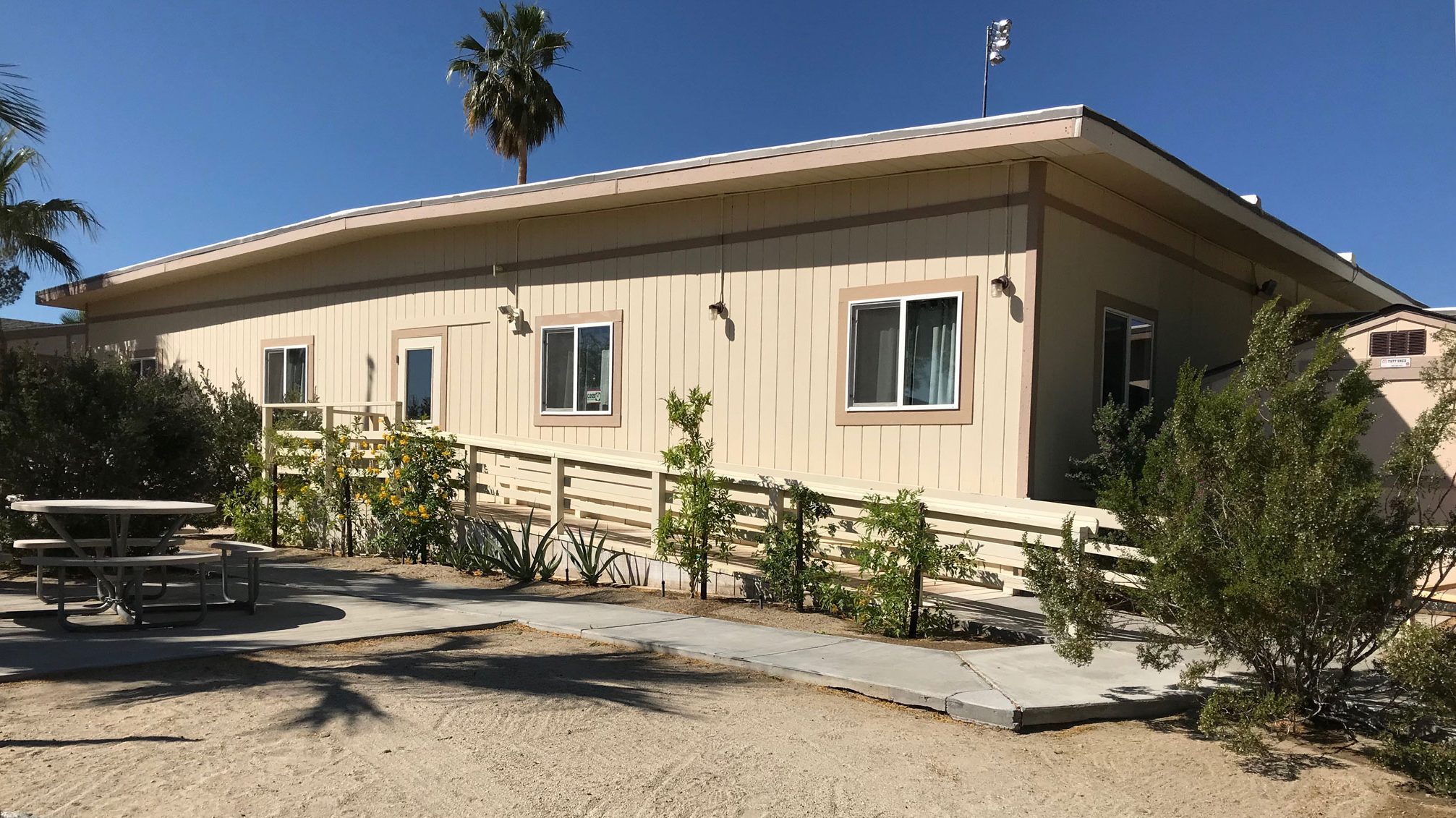 Initial findings show the need for a new or enhanced senior center in Borrego, but feasibility would require philanthropic support

BORREGO, Calif. (June 11, 2019) — The San Diego Seniors Community Foundation (SDSCF) today released its assessment of the Borrego Springs Senior Center, which includes a detailed look at the area’s existing facility, as well as future possibilities and recommendations. The project was funded by a $5,000 grant from the Borrego Valley Endowment Fund (BVEF).

Borrego’s current senior center is a 2,400-square-foot multipurpose room, housed at the intersection of Circle J Drive and Cahuilla Road. The building is open on weekdays from 10 a.m. to 2 p.m., and serves roughly 50 seniors per week. Its limited programming includes a congregate meal service three times a week, which draws less than 10 residents per meal.

Further investigation showed more than half (58.1%) of residents between the ages of 45 and 74 live at or below the Federal Poverty Level, the highest figure in San Diego County. This grim economic reality, combined with the fact that one-third of Borrego’s senior residents live alone, with no public transportation and very limited access to health care services, contribute to an environment where the social determinants of health have a pronounced, negative impact upon overall well-being.

These statistics support the need for a new or enhanced facility that would focus on the total well-being of older adults, including services to address their physical, mental and financial health—especially given that so many of Borrego’s residents may not have access to these resources on their own.

During the assessment, the San Diego Seniors Community Foundation also interviewed community leaders and members of the Borrego Springs Senior Center’s board to learn more about their specific challenges and visions for the future. This group unanimously asserted the need for an organized transportation service to get seniors to and from the center, and a commercial kitchen to provide a better meal service. They also expressed a lack of adequate funding for operations and housing for older adults.

Based on these conversations and other independent reporting, the assessment recommends that a new senior center be built to meet the needs of Borrego’s increasing population of older adults. The ideal location would be adjacent to the community’s new library, with an accompanying senior housing development. The details of which are further explained in the assessment.

In order to make a new center possible, the assessment contends that a robust fundraising plan will be essential, including the establishment of a permanent endowment to support ongoing operational costs. Last month, BVEF retained SDSCF to provide a comprehensive business plan for a new senior center, the next phase of its feasibility study. This will involve the creation of a robust budget, architectural schematics and more.

The San Diego Seniors Community Foundation is a 501(c)(3) not-for-profit organization, established in 2017. Its singular focus is on improving the lives of San Diego’s aging population, with the ultimate goal of ensuring every senior has someone they can turn to and trust. SDSCF was founded by Bob Kelly, who served as president and CEO of the San Diego Foundation for 20 years. Kelly envisions a world where seniors are a vital part of our community—where they are active, connected, healthy and engaged; where they have access to the resources and knowledge to thrive; where they are no longer vulnerable, but vibrant.