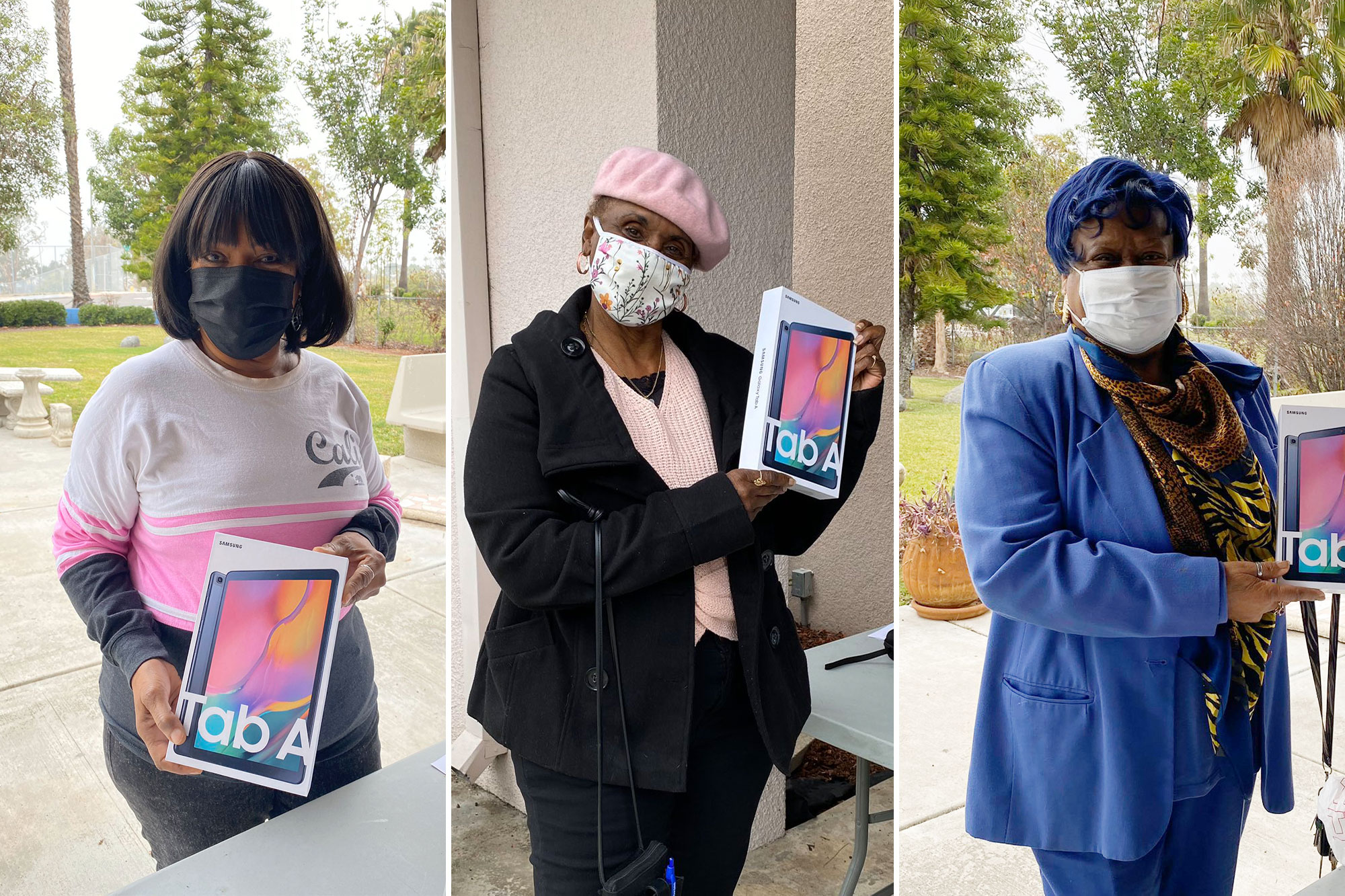 Clients at a senior center in the Mountain View neighborhood of Southeast San Diego soon will be able to play Bingo, take classes and see their friends for the first time in almost a year — virtually, at least — through a grant aimed at helping older people dealing with isolation.

“When we had seniors pick up tablets two days ago, one of the biggest highlights was them saying, ‘My gosh, I haven’t seen my friends in ages, and now I get to see their faces,’” said Mona Minton, general manager and psychologist at Neighborhood House Association Senior Center. “They’re very excited to have some face-to-face contact, virtually. “

The center received a $24,000 grant in December from San Diego Seniors Community Foundation to purchase 45 Samsung tablets. The first 25 were distributed to clients Feb. 3, with the understanding that they will get to keep them if they participate in at least six online classes.

The Neighborhood House Association Senior Center was one of nine agencies that shared $200,000 in grants through the foundation’s No Senior Alone initiative.

Bob Kelly, founder and president of the foundation, said the initiative’s goal is to raise $1 million, including $500,000 in matching funds pledged by the Sahm Family Foundation.

The San Diego Senior’s Community Foundation formed four years ago with a focus on creating more services and better senior centers for the county’s growing population of older citizens. It’s focus this year has been on helping seniors struggling with isolation because of the pandemic.

Minton said the tablets will help improve their clients mental and physical health. The devices will be used for games, fitness classes, wellness checks and for remote group chats. Before closing last March because of the pandemic, the center served about 85 clients, she said.

The grants also have funded the Villa Musica program to bring outdoor workshops to seniors, an outdoor health program at the Challenge Center, a digital café at the Oceanside Senior Center, telehealth at the Foundation for Senior Care and new digital equipment for the San Marcos Senior Center, the Peninsula Shepherd Center and the San Diego LGBT Center.

Kelly said more money for the initiative could be coming in soon. On Feb. 2, he and supporters of the fundraiser met online with 50 people representing 35 philanthropic groups in San Diego, who gathered to learn more about the need for greater senior services.

This story was originally published in the San Diego Union-Tribune.