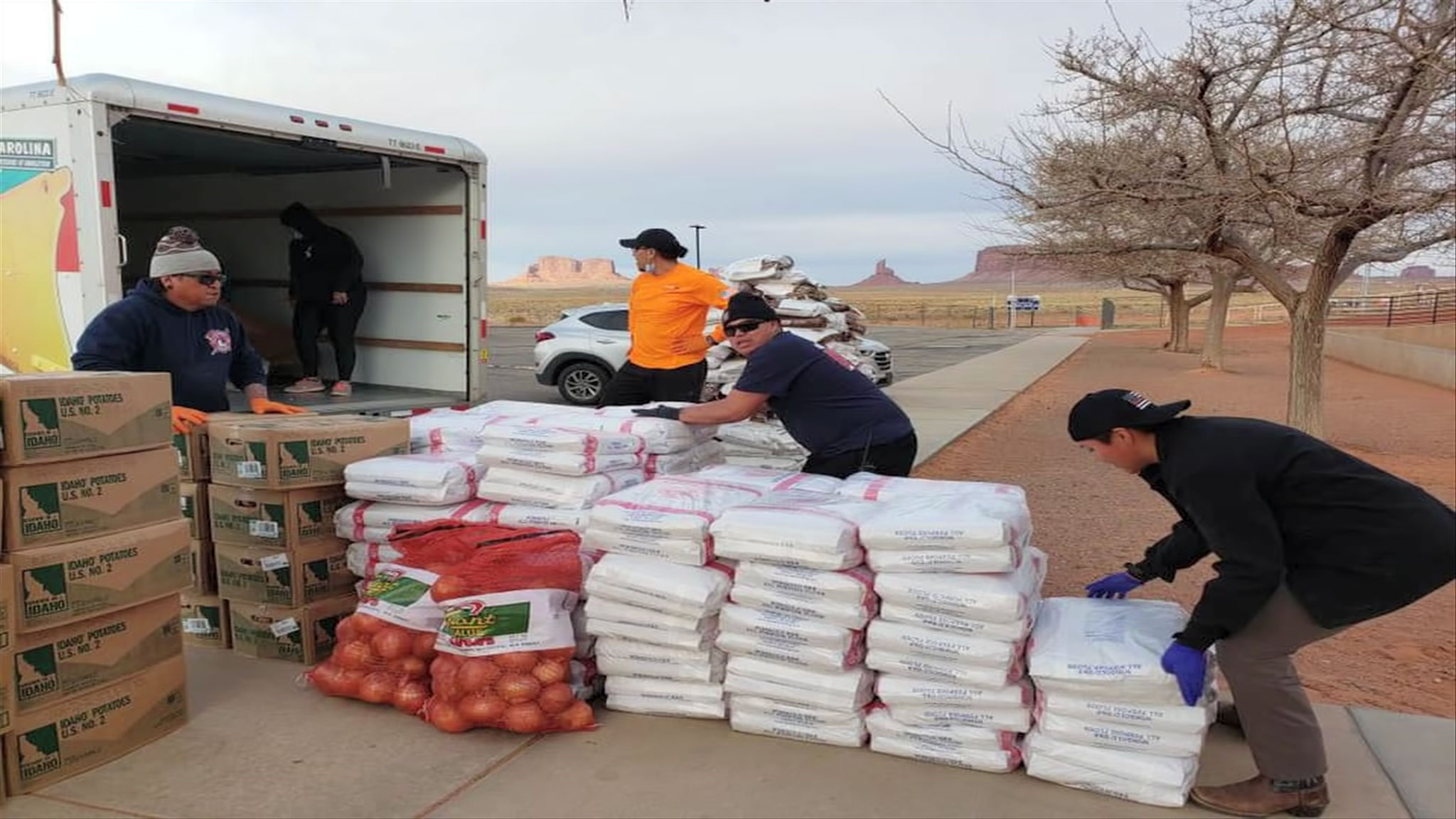 In the wake of the utter devastation that COVID-19 is unleashing upon the world, a traumatic byproduct is the relentless suffocation of our senses with news of the many horrors that arise each passing day.

But, just as cynicism and pessimism threaten to overwhelm us, a story surfaces and serves as a reminder that no matter how dire a situation is, no matter the unbearable weight of example after example of human degradation and despair, people possess a boundless capacity for kindness, selflessness and empathy.

The Great Famine ravaged Ireland from 1845-1849 resulting in 1 million deaths and forcing millions more to emigrate to distant lands to flee poverty and starvation. The bleakest of this time was 1847, known as Black ’47.

In that year, word of the tremendous suffering had reached the shores of North America and specifically to the Native American Choctaw Nation, who were themselves experiencing tremendous hardship and suffering resulting from the displacement from their ancestral lands on the Trail of Tears.

Without any formal connection to the Irish people and with tremendous want still commonplace within their own people, the Choctaw nation donated $170 (in 2020 that is about $5000) to a relief fund providing food and clothing to the Irish.

Now, over 175 years later, the Irish are now paying back on an old debt. The Navajo and Hopi tribes of the desert Southwest have been disproportionately impacted by the COVID-19 outbreak. Lack of running water and multi-generational housing, minimal health services, and a lackluster federal response, have exacerbated the virus’ spread and brought hardship to both young and old.

Through a GoFundMe page, there has been an outpouring of support from people throughout the world to help the Navajo and Hopi, with tens of thousands of donations coming from Ireland or from people of Irish descent. Even Larry Mullen, Jr., co-founder of the band U2, stepped in with a $100,000 donation to the fund. Many donors commented on the selfless act of Native American people during a time of great need for the Irish people. As of today, over $5 million has been raised.

As one donor said, “At Ireland’s time of need during the Great Hunger of the 1840s, Native American people donated to the famine relief effort even though they themselves were still living in hardship. Their generosity will never be forgotten.”

Hanging in the annals of time, an act of complete and utter selflessness between disparate peoples, is brought back to us in our moment of need to serve as an example of the inextinguishable and indomitable force of empathy. If sympathetic impulses can resonate through the ages, what does that say for our potential, right now, to bring comfort, solace and compassion to our neighbors and communities?

The San Diego Seniors Community Foundation exists to serve this region’s older adults. Our senior neighbors are at higher risk of suffering the terrible consequences of this disease. In the U.S., eight of 10 deaths associated with COVID-19 have been people 65 and over. Public health instructions to isolate in their homes have filled seniors’ day-to-day existence with challenges, from accessing basic supplies and needed medical services to experiencing the withering effects of loneliness and isolation.

SDSCF has established the San Diego Seniors Coronavirus Recovery Fund to increase resources and improve the older adult support network so that every senior in San Diego has someone they can turn to and trust. Just as the Irish are returning a favor to Native Americans in need, we believe that it’s San Diego’s turn to give back to the elders who came before us. Please consider donating if you are able – every gift will make a difference.

The intangible bonds between the Choctaw and Irish and now, the Irish, Navajo and Hopi serve as an example of philanthropy in its purest sense. If an act of kindness can endure and resonate for over 175 years, then doing something for a person in need in the here and now does not seem as daunting, does it?

The Role of Philanthropy in a Global Crisis