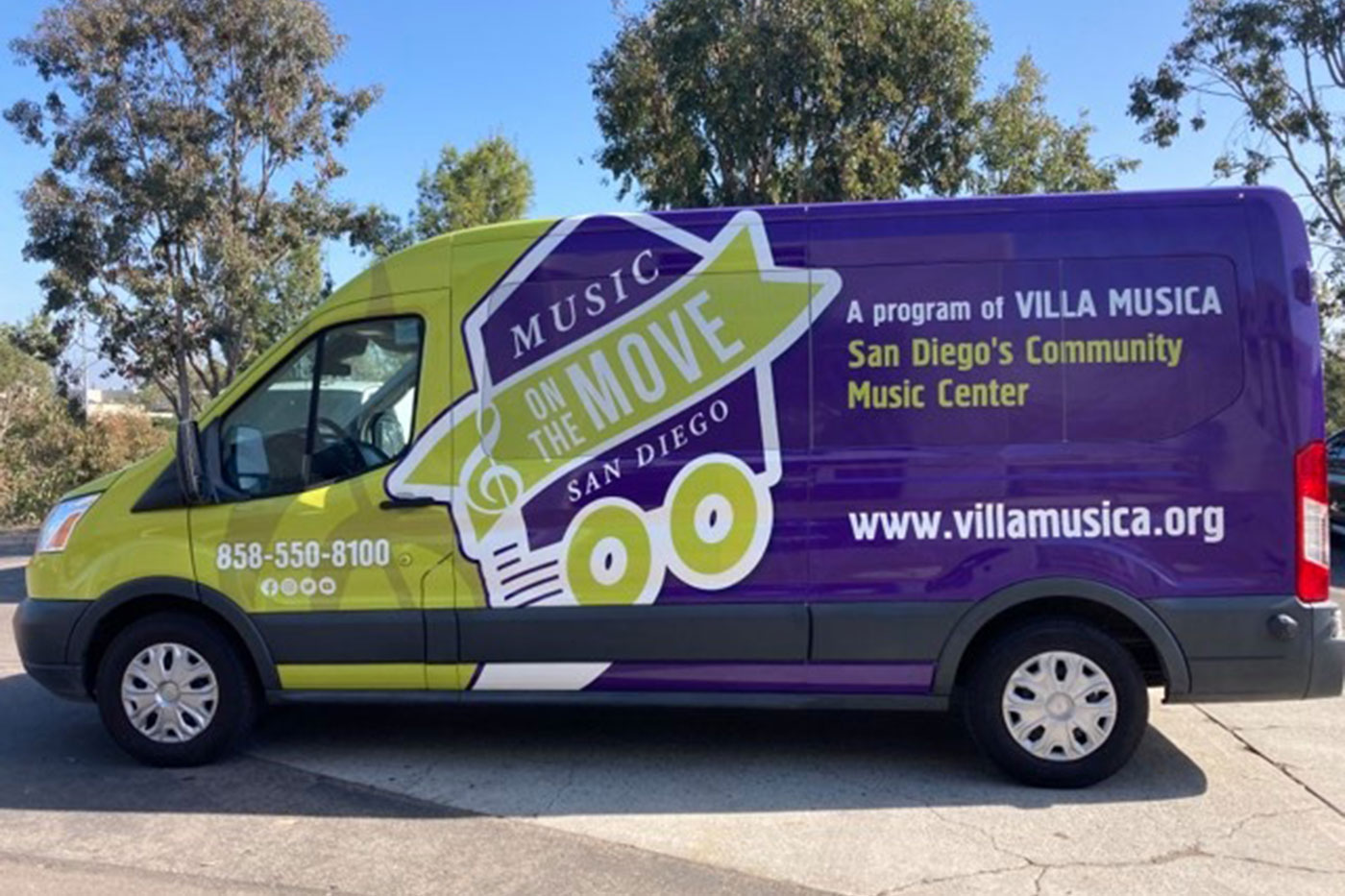 This story originally appeared in The San Diego Union Tribune. Read it here in its original form.

Villa Musica performers will soon be on their way to visit seniors throughout San Diego County, thanks to a $27,000 grant from the San Diego Seniors Community Foundation.

The grant Villa Musica received was used to purchase a van to transport musicians and instruments to and from various sites, such as long-term care facilities and senior centers. Performances will begin this summer, as the number of vaccinated people increases, and as senior living facilities begin to welcome back volunteer groups.

The nonprofit, which teaches kids and adults to play musical instruments, has long served seniors through activities like the musical biography class for those living with dementia. But because of the COVID-19 pandemic, Villa Musica’s in-person programming came to a halt to protect the community from the spread of the virus.

Senior populations were already susceptible to feelings of loneliness and social isolation before the pandemic, but the organization’s leaders worried those feelings would grow even more as people stay isolated in their homes, said Aaron Bullard, director of community partnerships.

“We really wanted to make sure we could find a way to serve them safely and bring the musical access and engagement to them,” Bullard said.

Music is often used as a form of therapy for people of all ages, and studies have found it can be especially useful for those living with dementia or Alzheimer’s disease. That’s because music is stored in a part of the brain that is partly independent from regions affected by cognitive decline, according to a 2015 study from the Max Planck Institute for Human Cognitive and Brain Sciences in Germany.

Bullard said music can change the lives of people when they have opportunities to access it, and he hopes the new Music on the Move program will be “life changing.”

“I think the power of music is really going to help the detriment of the isolation that so many seniors are experiencing,” Bullard said.

“Us being able to provide even just this little part — by bringing to them both music performances and music classes that can get them engaged and experiencing that music again — will have tremendous effects on the mental health that can lead to the physical health benefits as well.”

Funding for the Music on the Move program was provided by the San Diego Seniors Community Foundation through its $1 million No Senior Alone initiative, which aims to support efforts to reduce social isolation among the region’s older adults.

While $200,000 was given to nine nonprofits in the first round of grant distribution last November, many of the other grantees were focused on navigating the digital divide, said Joe Gavin, chief program and community engagement officer.

Villa Musica’s proposal for Music on the Move stood out, Gavin said, because it aimed to reduce loneliness through the arts.

“We hope as we usher in a period where we come out of this pandemic, we hope it’s a catalyst for bringing people back together,” Gavin said.